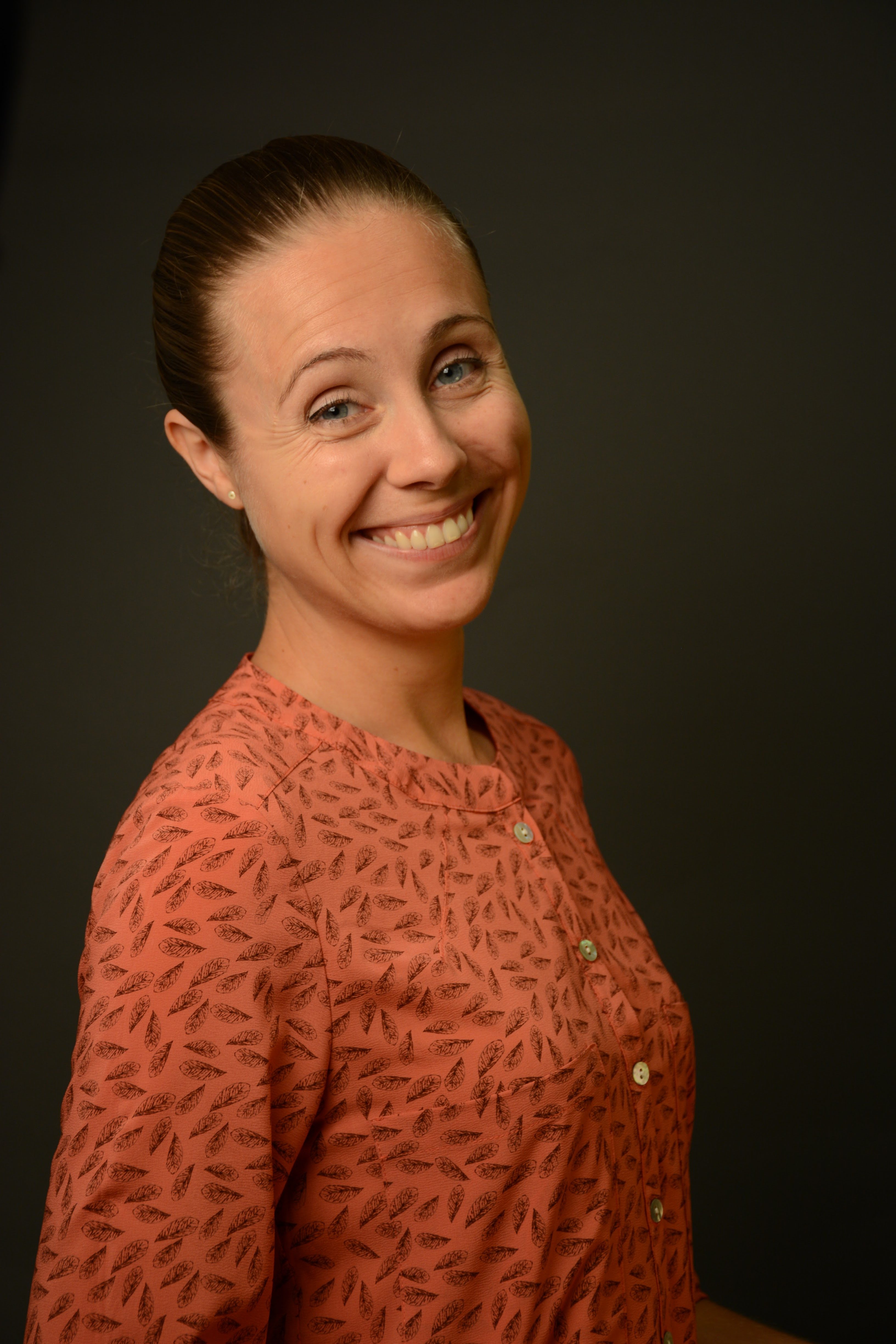 How do ordinary people navigate the intense uncertainty of the onset of war?

She was recently awarded the UK Research and Innovation Future Leaders Fellowship as the first ever recipient from the University of Sheffield’s Faculty of Social Sciences, and her research focuses on the internal dynamics of and international intervention in contemporary armed conflict, particularly social mobilization, ex-combatant reintegration, and civilian protection practices.

We spoke to Shesterinina about her book, Mobilizing in Uncertainty, and her research about the various Abkhaz mobilization decisions during the Georgian-Abkhaz war of 1992–1993.

This interview has been edited and condensed for clarity.

Why did you choose to study the internal dynamics of armed conflict and mobilization and international intervention in armed conflict? How did your time at UBC shape your research interests?

While growing up in the former Soviet Union drew my attention to questions of armed conflict as multiple wars broke out across the Soviet space when the Union collapsed, it was at UBC that I crystallized my interest in the topic.

I originally set out to study peace-building when I joined the Department of Political Science in 2008, but quickly realized that I needed to grasp the internal dynamics of civil war before I could turn to questions of peace-building.

Thanks to the guidance from the Faculty and engagement with other PhD students at the Department, I could relate this interest to the subfields of Comparative Politics and International Relations and develop methodological awareness and skills necessary to carry out my research with rigor, while learning from the most recent advances in Political Science. The Liu Institute for Global Issues provided a space to deepen this interest by offering an opportunity to establish the Contemporary Conflict Group and the Reflections on Fieldwork in Difficult Settings Series where PhD students and experts from and outside of UBC exchanged ideas on conducting research in related areas.

Yet I would not have readily identified the focus of my research or found my voice as an early career academic without enormous effort and time that my supervisor and coauthor, Professor Brian Job, put into my dissertation and academic development.

It is through long supervision meetings that my focus on mobilization as a connecting thread in studying pre- to postwar dynamics emerged and it is through co-authorship that I could maintain my engagement with questions of international intervention in armed conflict, particularly the Responsibility to Protect and the Protection of Civilians in Armed Conflict. I am forever grateful for that.

Where did the idea for this book come from? How does it relate to the rest of your research?

When I was developing this project during my PhD studies at UBC, I became puzzled by the mobilization of a relatively small group in a war against a significantly larger and better armed state opponent.

Not only were the Abkhaz at a disadvantage in manpower and arms when the Georgian-Abkhaz war of 1992-1993 began, but intergroup clashes before the war in Abkhazia also demonstrated the dominance of the Georgian group and the repressive capacity of the Georgian state to crash Abkhaz dissent.

Mobilization in the Abkhaz case should not have been expected, yet many Abkhaz soon gathered the hunting rifles that they kept in their homes, got armed at the former Soviet military base stationed in Abkhazia, or joined Abkhaz mobilization unarmed. Others hid in Abkhazia, fled to nearby Russia, or in rare cases defected to the then stronger Georgian side. I wanted to understand this variation in mobilization decisions.

What became clear early in my fieldwork with nearly two hundred participants and nonparticipants in the war, however, was that people’s recollections of their mobilization for war did not fit neatly with the dominant approaches to mobilization that I was equipped with.

Whereas we would generally expect people to make cost-benefit calculations based on the risks that they faced at the time of mobilization, most people who spoke with me characterized the war’s onset as a moment of intense uncertainty. “Was this a war; who was threatened, by whom, and to what extent; and how to act in response?” were the dilemmas of the first days of the war for regular Abkhaz men and women.

And so the question that motivated this book became how ordinary people navigate uncertainty to make mobilization decisions in civil war. How did the Abkhaz go from uncertainty created by the events of August 1992, to a range of decisions about whether and in what capacity to mobilize? Why did some join the war effort while others escaped the fighting?

These questions drew my attention to not only the moment of mobilization, but also decades of intergroup conflict in Soviet Abkhazia before the war, as people drew on their shared understandings of the conflict and their roles in it, or what I call “collective conflict identities” that they developed before the war through observation of and participation in everyday confrontation, political contention, and violent opposition, to make sense of the violence at the war’s onset. I also had to understand people’s postwar experiences in order to situate their responses in present-day Abkhazia and decipher whether and how these experiences shaped what they told me about their wartime decisions in the interviews.

As a result, the fieldwork-intensive research underlying this book became one of the building blocks of my current research agenda and approach focused on transitions across the pre- to postwar stages of conflict with the perspectives of the very participants involved at the center of analysis.

How does your research challenge conventional understandings of how individuals make mobilization decisions during conflict?

This book challenges one of the fundamental assumptions underlying conflict research, that individuals know the risk involved in mobilization and calculate their decisions to participate or not in a civil war and in what capacity based on this knowledge.

Explanations of mobilization focus on what drives individuals to accept the high risks, isolating grievances that social groups develop before the war, social pressures and incentives that armed actors provide to increase risk acceptance, and in-process benefits of participation. In other accounts, where fighting is not seen as riskier than non-participation, the skills and resources available to armed groups make joining an attractive option for survival-oriented civilians.

Both sets of explanations are based either on the assumption of ordinary people’s knowledge of the risks involved in mobilization or on researchers’ observation of the patterns of violence, often long after mobilization had taken place. Such premises may be theoretically necessary and empirically valid, but they miss a central feature of mobilization: the perceptions of anticipated risk, or threat, by potential participants that shape their mobilization decisions.

I argue that individuals do not simply choose to fight or not based on a given notion of risk when faced with war. Rather, they come to perceive threat in different ways affected by earlier experiences of conflict and by social networks at the time of mobilization and act differently based on whom they understand to be threatened and mobilize to protect.

Underlying this argument is the recognition that ordinary people experience intense uncertainty when war breaks out in their communities. Why some potential participants join the fighting and in what capacity, but others do not, cannot be grasped without knowing how they navigate this uncertainty.

You were awarded a UK Research and Innovation Future Leaders Fellowship late last year — what does this Fellowship mean to you and how your work has led you to this award?

The Fellowship will allow me to tackle precisely the questions that I pose above. The Civil War Paths project, Understanding Civil War from Pre- to Postwar Stages: A Comparative Approach, views civil war as a process that connects the prewar, war, and postwar stages of conflict through evolving interactions between states, non-state armed groups, local populations, and external actors and seeks to identify different paths that civil wars follow across these stages to inform and influence how we understand and respond to this dominant form of contemporary armed conflict.

The book forms the foundation for the project in its emphasis on the links between the pre- to postwar stages of conflict and charts one path that a civil war followed, from spontaneous and organized mobilization in response to Georgia’s advance into Abkhazia in the context of intergroup conflict, to conventional and irregular fighting across the territory of Abkhazia during the war, and protracted conflict and violence after the war, which displaced most of the Georgian population from Abkhazia, with few opportunities for political resolution over the de facto state of Abkhazia to date.

However, this is one among a number of paths that I will explore in this project, and my recent research on individual trajectories of former midlevel commanders of the Revolutionary Armed Forces of Colombia—People’s Army (FARC-EP) helped set the stage for further theorization and comparison of civil war paths that the project will undertake.

I started the Fellowship in January 2021, and the time and resources that this incredible opportunity has given me has already shown the extent to which it will impact my ability to further develop and expand my research over the next 4+3 years.

What's up next on your plate in terms of research and academia?

As part of my Fellowship, I recently launched the new Centre for the Comparative Study of Civil War in the Department of Politics and International Relations at the University of Sheffield with the Processes of Conflict and Peace Series. The Series brings together expertise on a broad range of topics, from the dynamics of civil war, political violence, and protracted conflict, to climate change, conservation, and environmental activism, and postwar peace-building and reconciliation. It will serve as a space for showcasing and discussing cutting-edge research on these and other related topics based on a variety of theoretical and methodological approaches over the coming years.

I am also in the process of building the research team for the Civil War Paths project that will be hosted at the Centre for the duration of 3 years. The team will include a PhD student, three postdoctoral fellows, and myself. Together we will finalize the theoretical framework of the project in consultation with a broad range of academic and nonacademic partners, prepare fieldwork protocols, and conduct coordinated fieldwork and analysis of a medium number of cases that vary on how civil wars emerged, unfolded, and ended or transformed.

This effort will offer a detailed view of the cases while focusing on how participants adapt to the changing circumstances over time and will help shape practices of sustaining peace in war-affected societies grounded in lived experiences of conflict.

Is there anything else you'd like to tell us about your research or your book?

I would like to cordially invite the readers to the book launch of Mobilizing in Uncertainty, which will take place on March 24 at 3:30-5pm GMT. All are welcome! Please register here.

Prof. Yves Tiberghien comments on how vital is it for china to be on track to meet carbon targets despite challenges 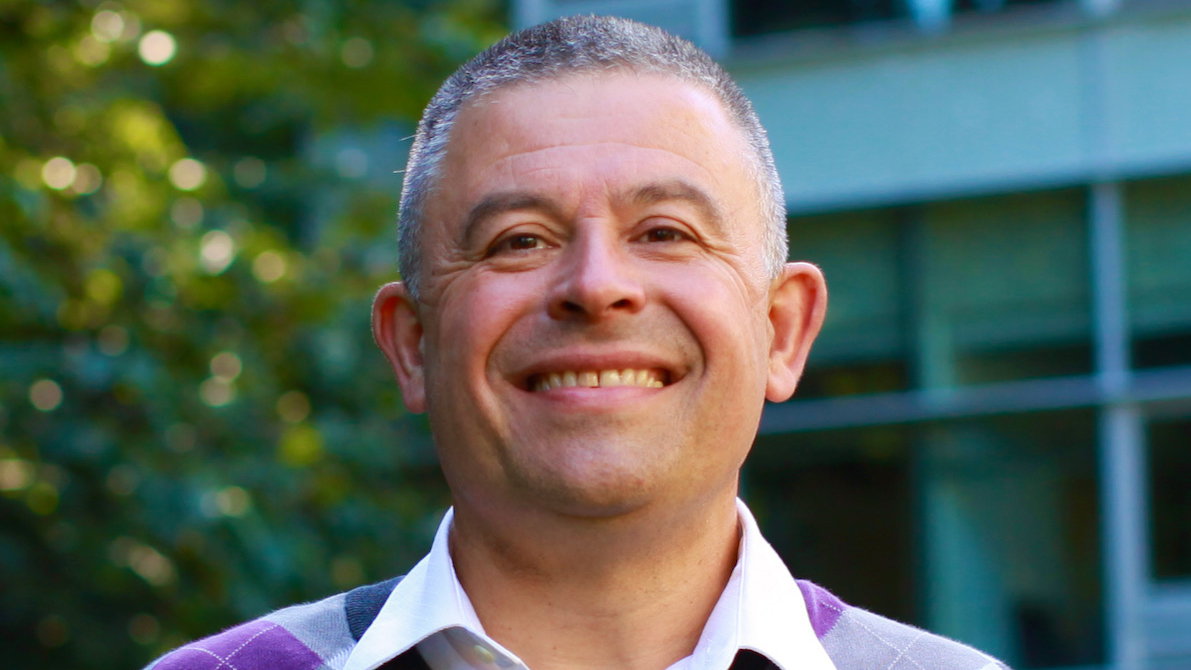 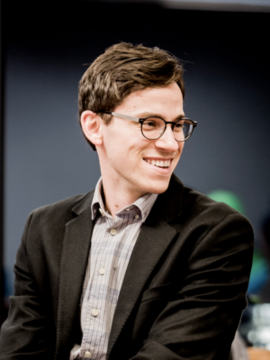 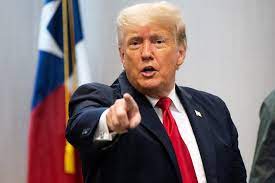