We are deeply saddened by the passing of our colleague and former Department Head, Professor Emeritus Alan Cairns, who passed away on August 27, 2018.

We extend our sincere condolences to his family and friends. Alan is remembered as a kind, generous and supportive colleague, and as a foremost scholar whose work shaped political thought in Canada. 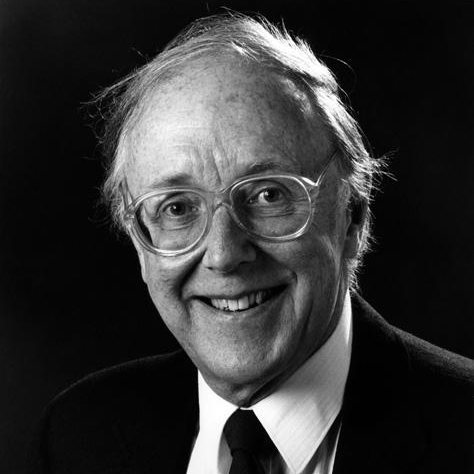 Alan Cairns (1930-2018) was an integral member of our department from 1960 to his retirement in 1995, serving as Department Head from 1973 to 1980. Alan is remembered as a kind, generous and supportive colleague, and as a foremost scholar whose work shaped political thought in Canada. Alan was a leading authority on federalism and governance – a ‘giant’ in our field. Alan’s work was contentious and ground-breaking for its time, shaping the study of constitutional reform, federalism, Indigenous politics, citizenship, along with ideas about the “embedded state,” “bringing the state back in”, and the electoral system. Alan Cairns (DPhil Oxford) held visiting appointments at Harvard, University of Toronto, Memorial University, University of Edinburgh, Queen’s University, University of Saskatchewan, and York University. Following his retirement, he became an Adjunct Professor at the University of Waterloo. Alan was an Officer of the Order of Canada and a Fellow of the Royal Society of Canada.

Alan Cairns (Ph.D. Oxford) was a member of the Department of Political Science at the University of British Columbia from 1960 until his retirement in 1995 and served as head of the department from 1973 to 1980. His research interests were focused on Canadian politics, particularly federalism, electoral and party systems, judicial review, Aboriginal issues, and the constitutional issues that emerged with the threat to Canada’s survival posed by Quebec nationalism. His major articles are reprinted in three volumes: Constitution, Government and Society in Canada (1988), Disruptions (1991), and Reconfigurations (1995), all edited by Douglas Williams.

Following his retirement from UBC, Alan Cairns was an Adjunct Professor in the Department of Political Science at the University of Waterloo. He was an Officer of the Order of Canada and a Fellow of the Royal Society of Canada.

Professor Cairns was a well-known expert on constitutional and political issues whose writings and research profoundly influenced the way scholars think about issues such as federalism, the Charter of Rights and Freedoms, the operation of democracy, and the rights of aboriginal peoples. Professor Cairns has been described as Canada’s leading authority on federalism and governance. As a writer and commentator, he has made a significant contribution to academic analysis and public debate on questions concerning constitutional developments in Canada. Professor Cairns brought a meticulous scholarly sensibility, a keen awareness of constitutional priorities, and a passion about the constitutional future of the country to bear on issues of pressing and significant concern to the citizens of Canada.

Professor Cairns’s writings are considered pivotal to Canadian political thought. An article that he wrote and published in the Canadian Journal of Political Science in the late 1960s was that journal’s most cited article. His book Charter versus Federalism: The Dilemmas of Constitutional Reform (1992) ranks as one of the most insightful analyses of the Canadian constitutional debate.

Cairns also studied Aboriginal issues in-depth, first as a member of the Hawthorn Commission in the mid-1960s which recommended a “citizens plus” status for Indian peoples. This was used by First Nation leaders to criticize the assimilation policies of the federal government 1969 White Paper. He returned to this issue in his prize-winning 2000 book Citizens Plus, runner-up for the Donner award in 2001, discussing how First Nations, Inuit, and Metis could harmoniously coexist with the majority non-Aboriginal population, which was itself becoming increasingly multicultural.

In addition to the Hawthorn Commission, Cairns was one of three research directors of the (Macdonald) Royal Commission set up to report on the economic union and Canada’s development prospects, (reported in 1985). The research directors were collectively responsible for the publication of 71 volumes of research. He was also a member of the British Columbia Advisory Committee on the Constitution, leading up to the 1982 Constitution Act.

In recognition of his achievements he has been made an Officer of the Order of Canada and a Fellow of the Royal Society of Canada. He received the Queen’s Silver Jubilee Medal as well as the President’s Medal from the University of Western Ontario. He was the recipient of the prestigious Canada Council Killam Research Fellowship from 1989 to 1991 and was awarded the first Governor-General’s International Award for Canadian Studies in 1994. He received the Molson Prize of the Canada Council in 1982 and was the research director for institutions for the Royal Canadian Commission on the Economic Union and Development Prospects for Canada (1983-1985).