Women and the LGBT community in Russia and Turkey face pervasive discrimination. Only a small percentage dare to challenge their mistreatment in court. Facing domestic police and judges who often refuse to recognize discrimination, a small minority of activists have exhausted their domestic appeals and then turned to their last hope: the European Court of Human Rights (ECtHR). The ECtHR, located in Strasbourg, France, is widely regarded as the most effective international human rights court in existence. Russian citizens whose rights have been violated at home have brought tens of thousands of cases to the ECtHR over the past two decades. But only one of these cases resulted in a finding of gender discrimination by the ECtHR-and that case was brought by a man. By comparison, the Court has found gender discrimination more frequently in decisions on Turkish cases. Courting Gender Justice explores the obstacles that confront citizens, activists, and lawyers who try to bring gender discrimination cases to court. To shed light on the factors that make rare victories possible in discrimination cases, the book draws comparisons among forms of discrimination faced by women and LGBT people in Russia and Turkey. Based on interviews with human rights and feminist activists and lawyers in Russia and Turkey, this engaging book grounds the law in the personal experiences of individual people fighting to defend their rights. 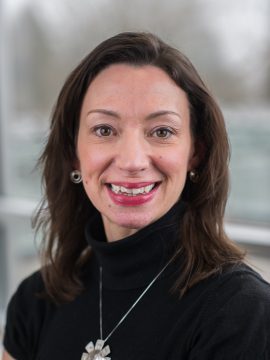 Lisa McIntosh Sundstrom is Associate Professor of Political Science at the University of British Columbia. She teaches courses in international relations and comparative politics, and her regional area of expertise is Russia and the former Soviet Union. Sundstrom’s major research interests include democratization, human rights, gender politics, the politics of international democracy assistance, and NGO activism in both domestic and transnational politics.

Valerie Sperling is Professor of Political Science at Clark University.