Winner of the 2018 APSA David Easton Award and the CPSA C.B. Macpherson Prize

Modern colonization is generally defined as a process by which a state settles and dominates a foreign land and people. This book argues that through the nineteenth and into the first half of the twentieth centuries, thousands of domestic colonies were proposed and/or created by governments and civil society organizations for fellow citizensas opposed to foreigners and within their own borders rather than overseas. Such colonies sought to solve every social problem arising within industrializing and urbanizing states.

Domestic Colonies argues that colonization ought to be seen during this period as a domestic policy designed to solve social problems at home as well as foreign policy designed to expend imperial power. Three kind of domestic colonies are analysed in this book: labour colonies for the idle poor, farm colonies for the mentally ill and disabled, and utopian colonies for racial, religious, and political minorities. All of them were justified by an ideology of colonialism that argued if people were segregated in colonies located on empty land and engaged in agrarian labour, this would improve both the people and the land. Key domestic colonialists analysed in this book include Alexis de Tocqueville, Abraham Lincoln, Peter Kropotkin, Robert Owen, and Booker T. Washington. The turn inward to colony thus requires us to rethink the meaning and scope of colonization and colonialism in modern political theory and practice. 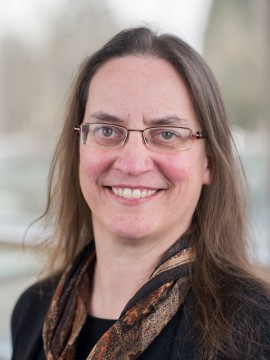 Barbara Arneil (Ph.D, London) is Professor and Head of the Department of Political Science. She is interested in the areas of identity politics and the history of political thought. Her most recent work is in the areas of social trust and diversity, global citizenship and cosmopolitanism, the role of disability in political theory and domestic colonies. She has also just published a co-edited book entitled Disability and Political Theory with Cambridge University Press (2016). Scholarly recognition includes the Harrison Prize (UK Political Studies Association award for best article published in Political Studies), Rockefeller Foundation Residential Fellowship in Bellagio Italy, shortlisted for the C.B. MacPherson Prize (Canadian Political Science Association award for best book published in political theory) UBC Peter Wall Early Career Scholarship and the UBC Killam Research Prize.