The United States and Canada

The United States and Canada share the longest border in the world, maintain one of the closest alliances, and are notably similar in many ways. Yet the two countries also have important differences, including sharply contrasting political institutions. In The United States and Canada, Paul J. Quirk has gathered a distinguished cast of contributors to present an integrated comparative examination of the political systems of the United States and Canada-with special attention to the effects of political institutions and their interaction with political values, geographic and demographic factors, and other influences. The volume explores the differences between the American presidential (or separation-of-powers) system and the Canadian parliamentary system-focusing on electoral and party systems, executive leadership and the legislative process, bureaucratic influence, and federalism. It proceeds to examine patterns of governance in a wide range of issue areas: economic policy; climate-change policy; healthcare policy; civil rights/integration and immigration; and abortion and gay rights. A sweeping comparative account, this volume serves as an authoritative guide for anyone interested in why the two countries differ and where they might be headed. 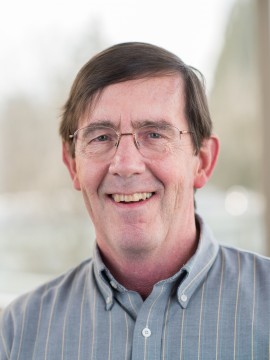 Paul J. Quirk is Phil Lind Chair in U.S. Politics and Representation at the University of British Columbia. After receiving his Ph.D. at Harvard University (1978), he has taught at several U.S. universities, most recently, the University of Illinois, and has been a research associate at the Brookings Institution. A citizen and lifelong resident of the U.S. until he joined the UBC faculty in 2004, he has written on a wide range of topics in American politics, including Congress, the presidency, presidential elections, public opinion, regulatory politics, and public policymaking. He has published in the American Political Science Review, the American Journal of Political Science, and the Journal of Politics, and served on the editorial boards of several major journals. His books are Industry Influence in Federal Regulatory Agencies (Princeton University Press, 1981), The Politics of Deregulation (Brookings Institution, 1985), and Deliberative Choices: Debating Public Policy in Congress (University of Chicago Press, forthcoming). He is coeditor of The Legislative Branch (Oxford University Press, 2005). His awards include the Louis Brownlow Book Award of the National Academy of Public Administration and the Aaron Wildavsky Enduring Achievement Award of the Public Policy Section of the American Political Science Association. Professor Quirk is active in the U.S. Studies Program at UBC and is currently chair of the U.S. politics area committee in the graduate program.