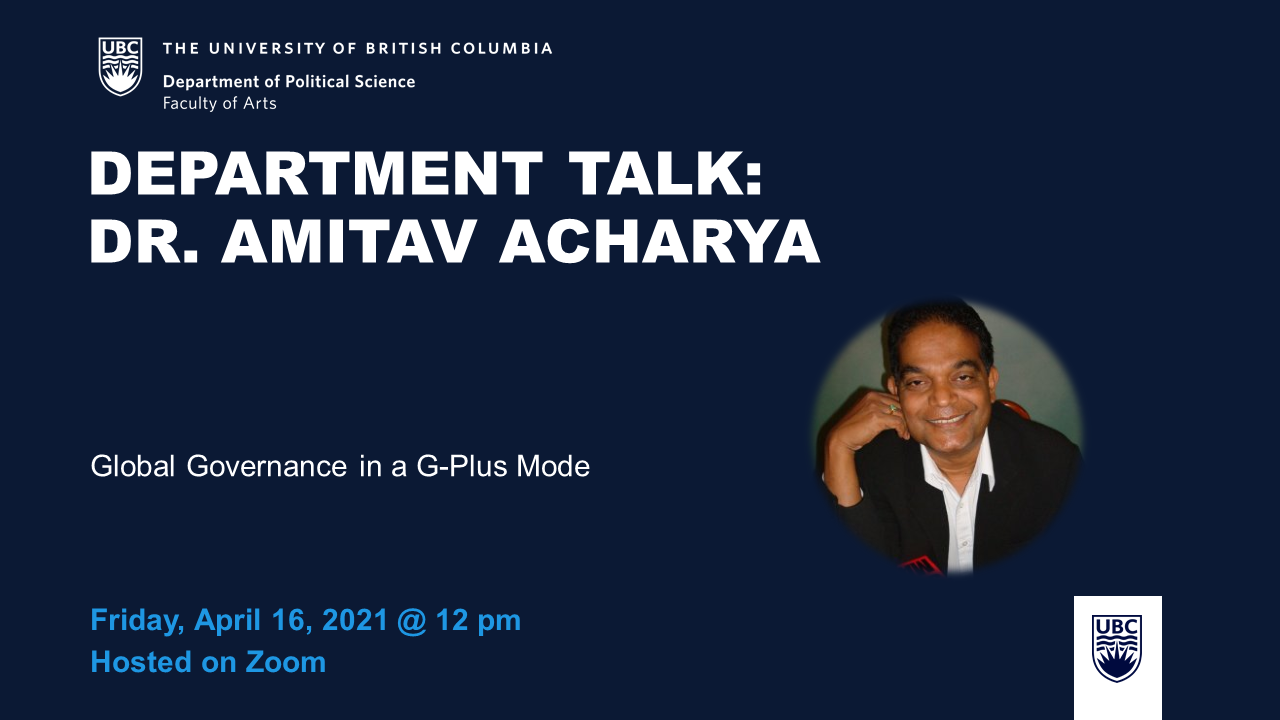 UBC Political Science is excited to have Dr. Amitav Acharya present the Mark Zacher Distinguished Lecture in an online format this year. He will also present a department talk titled, “Global Governance in a G-Plus Mode” to our students and faculty on April 16.

Global Governance in a G-Plus Mode

Mark Zacher was one of the earliest and leading scholars focusing on the transition of multilateralism from formal institutions to informal regimes and networks. He was also a major contributor to the literature on the contestation and persistence of global norms, especially territorial integrity. Looking at this intersection of change and continuity, this seminar will address the concept of G-Plus global governance. The G-Plus idea challenges the tendency to think of global leadership in terms of exclusive power groups such as G-2 (US-China), G-7, and G-20. It also rejects the familiar notions of “multipolarity” or “G-zero”, stressing instead the increasing “multiplexity” that defines the emerging world order. G-Plus governance characterizes the pluralistic, hybrid and decentered nature of global governance brought about by the proliferation of non-governmental actors, including NGOs, social movements, corporations, and various forms of partnership between governments and private actors, in global governance. Global governance is no longer the monopoly or inter-governmental organizations, whether these are part of the UN system or not. At the same time, there are elements of continuity;  several norms and forms of G-Plus governance complement, rather than supplants the role of governments in international cooperation. The ensuing complexity of global governance is a defining feature of the changing world order. 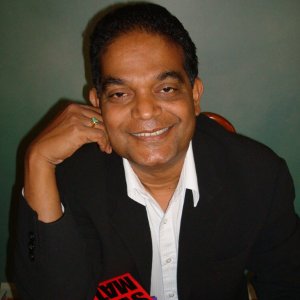 Dr. Amitav Acharya is the UNESCO Chair in Transnational Challenges and Governance, and Distinguished Professor at the School of International Service, American University, Washington, DC. He is the first non-Western scholar to be elected (for 2014-15) as the President of the International Studies Association (ISA), the largest and most influential global network in international studies. Previously he was a Professor at York University, Toronto and University of Bristol, U.K. He was the inaugural Nelson Mandela Visiting Professorship in International Relations at Rhodes University, South Africa, the inaugural Boeing Company Chair in International Relations at the Schwarzman Scholars Program at Tsinghua University, Fellow of Harvard’s Asia Center and John F. Kennedy School of Government, and Christensen Fellow at Oxford.

He has received two Distinguished Scholar Awards from the ISA, one in 2015 from its Global South Caucus for his “contribution to non-Western IR theory and inclusion” in international studies, and another in 2018 from ISA’s International Organization Section that recognizes “scholars of exceptional merit…whose influence, intellectual works and mentorship will likely continue to impact the field for years to come”. In 2020, he received American University’s highest honour: Scholar-Teacher of the Year Award.