Societies create rules that govern our practices. Such rules can only be effective, however, if the intermediaries between rules and practices–institutions–harness the skill, knowledge, and motivation of practitioners. Yet, everywhere institutions seem to be failing. Over-reliance on rules and incentives has not only corrupted the intrinsic motivations that arise from practice, it has also promoted the spread of competitive utility maximizing and thereby discouraged the kind of moral agency necessary for institutions to work well.

In Political Institutions and Practical Wisdom, Maxwell Cameron takes this basic insight as his starting point to argue that the rapid spread of the tenets of a neoliberal political-economic philosophy in our era has contributed to the erosion of institutional capacity. The book contributes to an emerging field of social science research grounded in the Aristotelian idea of phronesis, or practical wisdom. Drawing on a wide range of examples, Cameron not only shows how good institutions depend on wise practitioners, he argues that contemporary democratic institutions are being assaulted by excessive partisanship and the hollowing-out of democratic deliberation, by the corrupting effects of money in politics, and by the use of neoliberal techniques of governance that are designed to foster competition rather than the pursuit of common goods. 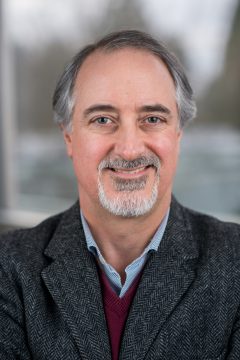 Maxwell A. Cameron teaches comparative politics, constitutionalism, and democratization at The University of British Columbia. Since 2011, he has served as the Director of the Centre for the Study of Democratic Institutions in which capacity he is responsible for UBC’s Summer Institute for Future Legislators. In 2013, Cameron won a UBC Killam Teaching Prize.