Strong Constitutions: Social-Cognitive Origins of the Separation of Powers

The essence of the argument is that constitutional states use texts to coordinate collective action, and they do so by creating governmental agencies with specific jurisdiction and competence over distinct types of power. The first, and most familiar to students of political science since Max Weber, is the power to make decisions backed by legally sanctioned coercion. Cameron highlights two other forms of power: the deliberative power to make procedurally legitimate laws, and the judicial power to interpret and apply laws in particular circumstances. The division of government into three such branches enables state officials and citizens to use written texts-legal codes and documents, including constitutions-along with unwritten rules and conventions to coordinate their activities on larger scales and over longer time horizons.

Cameron argues that constitutional states are not weaker because their powers are divided. They are often stronger because they solve collective action problems rooted in speech and communication. The book is a must read for anyone interested in the separation of powers, its origin, evolution, and consequences. 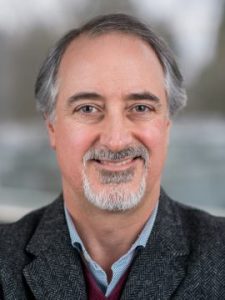 Maxwell Cameron is a Professor of Political Science, and Director of the Centre for the Study of Democratic Institutions at the University of British Columbia.