The Mark Zacher Distinguished Visitor Program was created by members of the Department of Political Science, with the support of Mark Zacher’s family and many of his former students, to honour his contribution to the teaching, understanding and scholarship of international affairs. 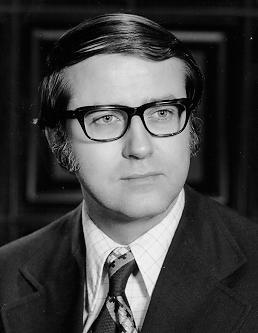 Annually, we invite one prominent scholar, leader, or senior elected official who has made significant contributions to the field of international affairs to give a series of lectures, and to meet with students, faculty, and community members.

The Program’s lectures provide diverse audiences with opportunities to learn about cutting-edge research and gain a greater awareness about current issues and topics related to international affairs. The small gatherings within our Department allow for enhanced learning and research opportunities.

Mark Zacher (1938 – 2014) was a beloved Professor in our Department for almost 40 years, inspiring colleagues and students alike. He joined our Department after completing his PhD at Columbia University. Mark made significant contributions to both the study of international affairs and to our understanding of institutions that govern increasingly globalized international societies (see below for his most significant publications).

During his tenure as Professor of Political Science, and as Director of the Centre of International Relations (1971-1991), Mark inspired countless students and launched the careers of numerous young scholars. He took no greater pride than in the personal and professional successes of his students and it is a testament that many became amongst his closest friends and co-authors.

The Mark Zacher Distinguished Visitor Program has been made possible thanks to generous alumni donations, and contributions from the Department of Political Science.

Past Distinguished Visitors include: